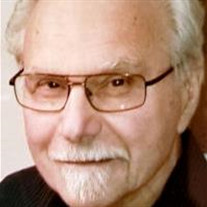 Vince J. Bartoroni, 82, of Rochester Twp. passed away July 1, 2019, at Heritage Valley, Beaver. He was born April 30, 1937, in Masontown, Pa., the son of the late Frank and Mary Mehlovich Bartoroni. He was a retired mechanic with A&S Railroad, Aliquippa and with the Pittsburgh Office of the U.S. Postal Service. Vince was a peacetime U.S. Army Veteran, member of St Cecilia Roman Catholic Parish, Rochester; the American Legion and a former member of the Beagle Club. He loved the outdoors and his family who will continue to live their lifes through him and his memory. He was preceded in death by his wife, Margaret G. (Duesenberry) Bartoroni in 2000. He is survived by one son and daughter-in-law, Frank and Jane Bartoroni of Daugherty Twp.; three daughters and two sons-in-law, Sheri and Ralph Fuller Jr. of Monaca, Kim and Tony D’Orazio of Beaver and Lori Heuring Rowan of Ohio; three grandsons, Ralph Fuller III, Lucas Heuring and Vincent Spratley; seven granddaughters, Nicole Pucevich and husband Jeff, Dana McPherson and husband Sean, Mela Jennings and partner Alicia, Brenna Heuring, Lindsay Faytock and husband Lucas, Casey Dell and husband Joe and Alyssa Bass and husband Kyle; 15 great grandchildren, two sisters, Margie Tressler of Ohio and Angela McMillen of New Jersey; beloved friend, Patti Pintur of Beaver and her family who considered Vince as a grandfather; close friends and neighbors, especially Bob, Joanne and Tony Patterson and their families; numerous other friends, nieces and nephews. Friends will be received today, Wednesday, July 3, 2019, from 2 to 4 and 6 to 8 p.m. at WILLIAM MURPHY FUNERAL HOME INC., 349 Adams St., Rochester. There will be no visitation on Thursday, due to holiday. A Mass of Christian burial will be at 10 a.m. Friday in St Cecilia Roman Catholic Church. Rochester Twp. Interment will follow in St. Cecilia Cemetery. There will be a Christian wake service Wednesday at 3 p.m. in funeral home. The family wishes memorial contributions be made to Beaver County Cancer and Heart Association, 3582 Brodhead Road, Suite 201, Monaca, PA 15061.

Vince J. Bartoroni, 82, of Rochester Twp. passed away July 1, 2019, at Heritage Valley, Beaver. He was born April 30, 1937, in Masontown, Pa., the son of the late Frank and Mary Mehlovich Bartoroni. He was a retired mechanic with A&S Railroad,... View Obituary & Service Information

The family of Vince J. Bartoroni created this Life Tributes page to make it easy to share your memories.

Send flowers to the Bartoroni family.