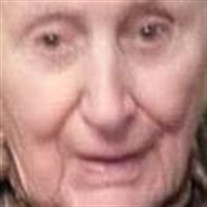 Victor W. Patti, 95, of Rochester, formerly of New Sewickley Twp., passed away Sunday, December 11, 2016, in Heritage Valley Beaver. Born November 19, 1921, in Blairsville, Pa., a son of the late Pasquale and Maria Benedetta Patti, he was a retired employee with the former Pennsylvania Railroad and Conrail in Conway and Blairsville. He was Catholic by faith. Victor was a U.S. Army veteran of World War II; belonged to the Baden American Legion; the Rochester BPOE #283; former member of the LOOM; the Rochester Owls and the Freedom Eagles. He loved going to car cruises and antique cars. Above all, he loved his family and adored by his grandkids. He is survived by his wife of 62 years, Virginia Rae Walters Patti; one daughter, Faye Patti Acon, Rochester; one son and daughter-in-law, Paul and Tina Patti, New Sewickley Twp.; a stepdaughter, Sue Rupert and her husband Robert of Virginia; 12 grandchildren, 12 great-grandchildren and numerous nieces and nephews. He was preceded in death by one son and daughter-in-law, Gale and Sue Patti; a stepdaughter, Janet Rutter; three brothers, Domenic, Phillip and Patsy Patti and seven sisters, Edith, Sue, Lena, Hilda, Ann, Josephine, and Julia. Friends will be received Wednesday from 2 to 4 p.m. and 6 to 8 p.m. in the WILLIAM MURPHY FUNERAL HOME, INC., 349 Adams St., Rochester. A Mass of Christian burial will be held on Thursday at 10 a.m. in St. Felix Roman Catholic Church, Freedom. Interment will be in Oak Grove Cemetery, Freedom. A Christian wake service will be held Wednesday at 3:30 p.m. in the funeral home. The Beaver County Special Unit will provide military honors Thursday at 11 a.m. at St. Felix Roman Catholic Church.

Victor W. Patti, 95, of Rochester, formerly of New Sewickley Twp., passed away Sunday, December 11, 2016, in Heritage Valley Beaver. Born November 19, 1921, in Blairsville, Pa., a son of the late Pasquale and Maria Benedetta Patti, he was a... View Obituary & Service Information

The family of Victor W. Patti created this Life Tributes page to make it easy to share your memories.

Send flowers to the Patti family.