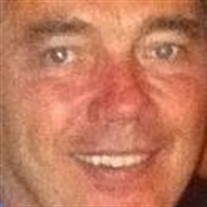 Timothy Walter Bean, 67, of Beaver, passed away early Sunday morning, August 13, 2017, at St. John's Care Center, Mars, Pa., following a lengthy illness. Tim was born August 16, 1949, in Norristown, Pa., a son of the late C. Frank and Shirley Place Bean. He served in the U.S. Navy during the Vietnam War on the USS Jack Fast Attack Nuclear Submarine. He was always proud of his Navy service and tattoo. He retired as an instructional trainer having worked for First Energy and was in nuclear power nearly all his career, which included the nuclear plant in Shippingport. Tim graduated from Norristown High School in 1967 and then received his bachelor's degree in Computer Information from Point Park State University. His favorite hobbies were golf, where he was known as the "Commish" and sailing (from Hobbie Cat fun to single hull day trips). Surviving are his wife of 30 years, Cheryl A. Wassel Bean; his greatest source of pride, his son, Andrew C. Bean, Beaver; his sister, Tina Ciabattoni, Norristown; a sister-in-law, Michelle Frisco, Collegeville, Pa.; two nieces, Christanna Ciabattoni and Lauren Vapino; a nephew, John Vapino, all of Norristown, and numerous cousins and close friends. He was preceded in death by a brother, Terrance Bean. The family will welcome friends Wednesday from noon until the time of service at 1:30 p.m. in the Grace Evangelical Lutheran Church, 393 Adams St., Rochester. The family wishes memorial contributions be made, if desired, to the Alzheimer's Associates Foundation, 1100 Liberty Ave., Suite 201, Pittsburgh, PA 15222. Arrangements by WILLIAM MURPHY FUNERAL HOME INC., 349 Adams St., Rochester.

The family of Timothy Walter Bean created this Life Tributes page to make it easy to share your memories.

Send flowers to the Bean family.