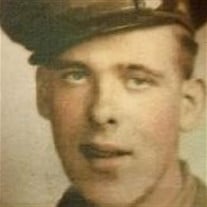 On this day, December 23, 2017, God chose one of the greatest men on earth to live with him forever in heaven. Our dad, our pap, our hero, was born May 19, 1925, and we were so blessed to have him in our lives for 92 wonderful years. He was the son of the late Alfie and Olive Pearl Schmidt Rose, and was born in New Brighton. All who knew him will sadly miss his incomparable wit, his amazing stories and will cherish forever his deep love for family, friends and country. At the age of 18, he enlisted in the U.S. Army to fight for our freedom during World War II. He proudly served with the Battery A-574th Anti-Aircraft Armored Battalion as a machine gun crewman. He fought in France and Belgium in the Battles of Rhineland, the Ardennes Central Europe and Battle of the Bulge. He received the European-African Middle Eastern Campaign medal, Good Conduct medal, World War II Victory medal, and the Purple Heart, for being wounded in combat in April 1945. After the war, he returned to marry the love of his life, Mary Elizabeth Howard, on December 22, 1946. They shared 54 wonderful years until her passing on June 23, 2002. He was employed by B&W Tubular Products Division as a time clerk for 30 years. After retirement, mom and dad spent 21 winters in Florida and then returned to spend the summers with their children and grandchildren. Robert was a member of the Northside Community Church, East Liverpool, Ohio. He is survived by a daughter, Robin Marsilio, and her husband, Tom, Chippewa Township; two sons, Pastor Larry Rose and his wife, Marge, Calcutta, Ohio, and Robert Rose and his wife, Carol, Ohioville; one daughter-in-law, Linda Rose, Wichita, Kans., one brother and sister-in-law, Norman and Delores, in Texas; 11 grandchildren and their spouses, Matthew and his wife, Cortney; Chad and his wife, Jodie; Jared Marsilio and his wife, Ashley; Denise Karmie and her husband, Ken; Yvonne Rose, Jennifer Dotson and her husband, Mike; Stacy Gaiser and her husband, Matt; Justin and his wife, Gen; David and his wife, Christie; Jordan and his wife, Lanisha, and Mark Rose and his wife, Erika. Great-grandchildren are Alannah, Lauren, Hunter, Sawyer, Cecilia, Lucia, Sophia, Lilly, Brittany, Bethany, Corey, Ashley, Alex, Josh, Justice, Rachael, Brooke, Bailey, Clay, Mallory, Olivia, Alicia, Bradley, Riley, Bentley, Kayley, Scarlet, Cyan, Steel, Harper, and Indie; three great-great-grandchildren, Carter, Liberty and Kaden. In addition to his wife, Mary, a son, Ron, and four brothers and four sisters also preceded him in death. Friends will be received Wednesday from 6 to 8 p.m. in the WILLIAM MURPHY FUNERAL HOME INC., 349 Adams St., Rochester. Visitation will also take place on Thursday, from 5 to 7 p.m. in the Northside Community Church, East Liverpool, until the time of service at 7 p.m. with his son, Pastor Larry Rose officiating. Interment will take place Friday morning at 11 a.m. in Sylvania Hills Memorial Park. Memorial contributions may be made, in Bob’s name, to the Northside Community Church, Building Fund, 702 Orchard Grove Ave., East Liverpool, OH 43920 The family would like to thanks the staff at Beaver Elder care and Good Samaritan Hospice for the comfort and care shown to our dad. The Beaver County Special Unit will provide full military honors on Friday at 11 a.m. in Sylvania Hills Memorial Park.

On this day, December 23, 2017, God chose one of the greatest men on earth to live with him forever in heaven. Our dad, our pap, our hero, was born May 19, 1925, and we were so blessed to have him in our lives for 92 wonderful years. He was... View Obituary & Service Information

The family of Robert J. Rose created this Life Tributes page to make it easy to share your memories.

Send flowers to the Rose family.