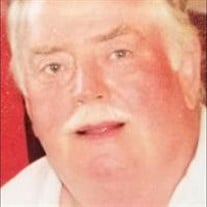 Richard A. ‘Dick’ ‘Tubby’ Beitsch Formerly of Rochester Richard A. ‘Dick’ ‘Tubby’ Beitsch, 72, of Freedom, formerly of Rochester, passed away Wednesday, May 22, 2019, in Rochester Manor. He was born September 3, 1946, in Rochester, a son of late Clifford W. Sr. and Kathryn McCarter Beitsch. He was a retired employee with Norfolk Southern Railroad in Conway where he worked 37 years. He was a Vietnam U.S. Army Veteran and Baptist by faith. Dick was a 1964 Graduate of Rochester High School where he played all sports. He attended Geneva College and was a star football player, while he was there. He was a life member of the Conway VFW; Monaca Legion Post 580; the Rochester BOE Lodge 283; Conway Croatian Club and an active member of the Beaver County YMCA. He is survived by two sons, Christopher B. Beitsch and Derek M. Beitsch, both of Freedom; one brother, C. William ‘Bill’ Beitsch Jr. of Monaca Heights; his close friends, Karen Knapp and Scotty Challis who were very supportive and helpful through Dick’s illness; two nieces, Christine L. Beitsch and her husband, Amir B. Ahmani, Newark, Calif. and Lisa M. Beitsch and her husband, Mike Ratto, Alameda, Calif. He was preceded in death by one brother, Thomas C. Beitsch. Friends will be received Tuesday, May 28, 2019, from 2 to 5 p.m. with a service to follow at the WILLIAM MURPHY FUNERAL HOME INC., 349 Adams St., Rochester. Interment will be in Sylvania Hills Memorial Park The family wishes that memorial contributions be made to the First Baptist Church, 301 Adams St. Rochester, PA 15074.

The family of Richard A. 'Dick' 'Tubby' Beitsch created this Life Tributes page to make it easy to share your memories.

Send flowers to the Beitsch family.