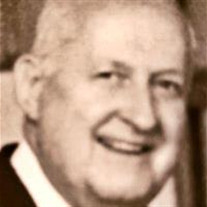 Philip H. Inman, 86, of Beaver Falls, passed away Friday, February 8, 2019, in Elmcroft, Chippewa Twp. Born September 29, 1932, in Beaver Falls, son of the late Glenn and Alice Couch Inman, he was a retired music teacher and director with Rochester High School for 32 years. He was a graduate of Beaver Falls High School; a graduate of Carnegie Tech, where he received his BA Degree in Organ Performance and Music Education; and he received his Masters Degree from Carnegie Mellon University in Organ Performance. He was a Director Emeritus of the Beaver Valley Choral Society. A peacetime U.S. Army veteran, while stationed in Germany, he directed the musical “South Pacific.” He was a former professor of music at Geneva College; past president of the Board of Directors of Supportive Services, Beaver Falls; and a member of the former Christ Evangelical Lutheran Church, Beaver Falls, where he had been director of music for 52 years. He served as choir director, bell choir director, organist, a former member of the church council and former Sunday school teacher. He was an organist for over 300 weddings, numerous funerals and special occasions. Phil was the first high school music director for Off-Broadway musicals in high schools which he continued producing for 25 years at Rochester High School. One of his musicals was “My Fair Lady” which he received a letter of congratulations from Rodgers and Hammerstein. He was voted man of the year by the Upper Valley JayCees and inducted into the Beaver County Music Hall of Fame. A recipient of the Henry Mancini Musical Theatre Award of Life Time Achievements, he was also a recipient of a Letter of Recognition for 25 years of Service as choral director at Rochester High School from President Ronald Regan. He received the Appreciation Award for 30 years as director of the Beaver Valley Choral Society. A scholarship for students of the Choral Conducting Arts is named for Phil through the Beaver Valley Choral Society. Surviving are his wife of 64 years, Mary L. (Thumm) Inman; one daughter and son-in-law, LuAnn and Jay Glover, New Brighton; one son and daughter-in-law, Douglas W. and Mary Anne Inman, New Brighton; five grandchildren, Jeremy Glover and his wife Casey, Amy Cienkowski and her husband Tim; Scott Inman and his wife Tess, and Marc and Zachary Inman; five great-grandchildren, A.J., Max, Alex, Kelsey and Jase; a brother and two sisters-in-law, Donald and Carol Inman and Nancy Thumm, all of Beaver Falls; a godchild, Michael Woodling; beloved niece and nephew, Maribeth and James Masquelier; and several other nieces and nephews. He was preceded in death by a sister and brother-in-law, Margaret and William Adams; a brother and sister-in-law, George and Phyllis Inman; and three brothers-in-law and two sisters-in-law, Margaret and John Fencil, William and Mary Ann Thumm, and Albert Thumm Jr. Friends will be received Tuesday from 2 to 8 p.m. in WILLIAM MURPHY FUNERAL HOME, INC., 349 Adams St., Rochester. Services will be held Wednesday at 11 a.m. in the Grace Evangelical Lutheran Church, 393 Adams St., Rochester. Officiating will be the Rev. Gregory S. Clagg. Interment will follow in Grandview Cemetery. The Beaver County Special Unit will provide full military honors Wednesday at 11:30 a.m. at the church. The family wishes memorial contributions be made to the Philip H. Inman Excellence in Choral Conducting Arts Scholarship, P.O. Box 1628, Beaver Falls, PA 15010. The family would like to thank the staff at Elmcroft and Gateway Hospice, especially Judy, Katrina and Denise for their compassionate care and comfort given to Phil.

The family of Philip H. Inman created this Life Tributes page to make it easy to share your memories.

Send flowers to the Inman family.