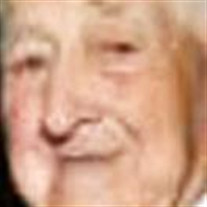 Oliver W. Herzog, 93, of New Sewickley Twp., passed away Wednesday, February 10, 2016, at his home. Born February 11, 1922, in New Sewickley Twp., a son of the late Robert and Caroline Powell Herzog, he was a retired mechanic with Marc Trans, Center Twp., and also retired from St. Joe Lead Corp., Potter Twp. He was a member of the Bridgewater Presbyterian Church and was a U.S. Navy veteran of World War II. He was a member of the Rochester Lodge 229 F&AM, where he was a Past Master. A 33rd Degree Mason and member of the New Castle Consistory, he was a member of the Red Cross of Constantine, Eureka Lodge Chapter 167, Beaver Valley Council No. 54, Gateway to West Council No. 5 Knight Masons, Syria Shrine, Beaver County Caravan No. 18 of the Syria Temple, Beaver Valley Commandery No. 84 Knights Templar, Golden Triangle York Rite College No. 32, Knights of Mecca, Beaver Valley Sportsmen's Club and the Unionville American Legion. Surviving are his wife of 75 years, Nellie A. Cline Herzog; two daughters and a son-in-law, Thelma R. and Bill Castor, and Katherine L. "Kitty" Herzog, all of New Sewickley Twp.; a son and daughter-in-law, William B. and Ruth Herzog, Monaca; 11 grandchildren, Christopher, Joss Lynn, Richard, Melissa, Susan, William B., Guy, Karla, LaVonna, Gary and William "Bee" Jr.; 14 great-grandchildren, and six great-great-grandchildren. He is also survived by his canine companion, GiGi. He was preceded in death by a daughter, Sandra Mohr, in 2015; three brothers, Lester, Clarence "Dutch" and Elmer "Chuck" Herzog, and three sisters, Martha Householder, Olive Galloway and Elizabeth "Betty" Allread. Friends will be received Friday from 2 to 4 and 6 to 8 p.m. in the WILLIAM MURPHY FUNERAL HOME INC., 349 Adams St., Rochester. A service will be held Saturday at 10:30 a.m. in the Bridgewater Presbyterian Church, with his pastor, Dr. William H. Silver, officiating. Interment will follow in Sylvania Hills Memorial Park. Memorial contributions may be made, if desired, to the Bridgewater Presbyterian Church, 408 Bridge St., Beaver, PA 15009. The family wishes to give special thanks to Vitas Hospice for the care and comfort given to Oliver. The Beaver County Special Unit will provide full military honors at 11 a.m. at the church. A Masonic service will be held Friday at 7:30 p.m. in the funeral home.

The family of Oliver W. Herzog created this Life Tributes page to make it easy to share your memories.

Send flowers to the Herzog family.