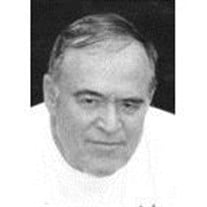 Norman Lee Murphy, 76, , passed away unexpectedly early Sunday morning, August 30, 2015, in Allegheny General Hospital Born June 11, 1939, in Beaver Falls, a son of the late Lawrence A. Murphy and the late Ruth Southwick Billion, he was a member of Grace Evangelical Lutheran Church, Rochester, where he volunteered and helped with many church functions. He was a retired employee of Standard Steel Specialty, Beaver Falls, and for several years served as union president. He was a former manager for the Midland Circle of Friends Senior Center, and will also be remembered as a fun and steady presence at the Beaver County YMCA. He was a former referee and umpire for the ASA and PIAA for many years, and also with other baseball and softball adult and youth leagues. Norm was an avid sports fan who dedicated most of his life to coaching young area athletes. He was a former coach for youth football, baseball and basketball in Rochester and New Brighton. He was a former president of the Rochester Area Youth Baseball and Rochester Little Rams organization. Norm had a gift for gab and never met a stranger. He will be sadly missed by those who loved him. He is survived by his wife, Donna J. Milne Murphy; two sons and a daughter-in-law, Larry R. and Marla Murphy, Industry, and Seth Murphy, Zelienople; four grandchildren, Dillon and Riley Murphy, and Brianna and Makayla Reed; a sister and brother-in-law, Beverly and Bill McCanna, New Brighton; two brothers and a sister-in-law, Charles and Delilah Murphy, Santa Clarita, CA, and Bill Billion, Chippewa Twp.; his father-in-law and mother-in-law, Bill and Dorothy Milne, Rochester; a brother-in-law, Bill Milne, Mobile, AL, and several nieces, nephews, aunts, uncles and friends including a very close friend, Byron Mooney, New Brighton. Friends are invited to visit with the family on Thursday from 4 p.m. until time of memorial service at 7 p.m. in WILLIAM MURPHY FUNERAL HOME INC., 349 Adams St., Rochester. His pastor, Rev. Gregory S. Clagg, will officiate. The family wishes memorial contributions be made, if desired, to Circle of Friends Inc., 371 Linmore Ave., Baden, PA 15005.

The family of Norman Lee Murphy created this Life Tributes page to make it easy to share your memories.

Send flowers to the Murphy family.