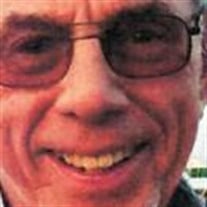 On June 19, 2017, Michael Richard Shane, age 71, of New Brighton, passed into his eternal rest surrounded by his loving family. He was the son of the late Harold R. and Marjorie Lotz Shane, and was born March 19, 1946, in Rochester. Michael leaves behind the sunshine of his life, his wife, Ruth Ann Burgess Shane, to whom he was married for 37 years. He is also survived by his children, Danielle R. Bobin and her husband Rod, Leslie A. Jarovich and her husband Michael, and Chad A. Maybray and his wife Deanna. Also surviving are his sons, Patrick and Arthur Shane. He was preceded in death by a son, William R. Maybray Jr., who is sadly missed, on July 8, 2015, and his mother-in-law and father-in-law, Margaret and Leslie F. Burgess Sr. Michael was fondly known as Pap to his grandchildren, Alex, Evan and Isaac Bobin, Taylor Mercier, Erin, Olivia and Elijah Jarovich, Bailey and Malerie Maybray, Cadha Maybray and Evan Razzano. Michael is survived by a brother, H. Timothy Shane and his wife Jo; a brother-in-law, John D. Hutchinson, as well as many nieces, nephews, cousins and close friends. Michael was a graduate of Rochester Area High School in 1964. Following high school, Mike enlisted in the U.S. Air Force and proudly served for four years during the Vietnam War. After returning home, he worked in the family's general construction business, Shane Brothers Inc. of Rochester, while earning a degree in Business Administration from Robert Morris University. Michael owned and operated Shane Plumbing and Heating, as well as Shane Electronics Inc. He was also employed by the Housing Authority of Beaver County, from which he retired. After his retirement, his most recent employment was with Fresenius Kabi of Cranberry Twp. Mike was also a member and former officer with the New Brighton Volunteer Fire Dept. Michael was a very faithful member of the Beaver Valley Christian Fellowship, Beaver Falls, and was also on the roll of the New Brighton United Methodist Church, where he was a member of the United Methodist Men organization. Mike will always be remembered for his Christian faithfulness and being a loving, helpful friend to all who knew him. Friends will be received Thursday from 3 to 8 p.m. in the WILLIAM MURPHY FUNERAL HOME INC., 349 Adams St., Rochester, where a service will be held Friday at 11 a.m. Dr. Robert L. Grieco and Rev. Doug Myers will officiate. Interment will follow in Sylvania Hills Memorial Park. The family wishes memorial contributions be made to the Concordia Lutheran Ministry Inc., Good Samaritan Hospice, 134 Marwood Road, Cabot, PA 16023 c/o Beaver IPU. The family wishes to thank the staff with Good Samaritan Hospice, Beaver, for their care and comfort given to Mike. The Beaver County Special Unit will provide full military honors Friday at 11:30 a.m. in the funeral home.

On June 19, 2017, Michael Richard Shane, age 71, of New Brighton, passed into his eternal rest surrounded by his loving family. He was the son of the late Harold R. and Marjorie Lotz Shane, and was born March 19, 1946, in Rochester. Michael... View Obituary & Service Information

The family of Michael Richard Shane created this Life Tributes page to make it easy to share your memories.

Send flowers to the Shane family.