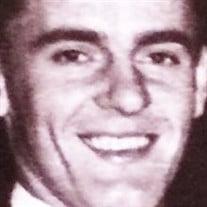 Michael "Bites" Baycura, 93, of Rochester, died peacefully surrounded by his family on November 6, 2016. He was born in West Aliquippa on February 2, 1923, to John and Julia (Duncic) Baycura. Michael is preceded in death by his parents, five sisters, Ann Herman, Mary Yurko, Julia Conrady, Betty Gossett and Eleanor Mason and his brother, John. He is a World War II Veteran, where he served as a U.S. Army Medic in the Pacific Theater. After returning from the Philippines, he obtained his masonry certification which began his lifelong passion for bricklaying and concrete work. He then began his career at J&L Steel, retiring after nearly 42 years of serving in myriad positions, to include foreman in its blast furnaces, while simultaneously finding time to lay brick and concrete during the summer months. Michael took great pride in coaching baseball and devoted himself to mentoring and coaching several seasons of Rochester baseball teams. Fondly known as "Mr. B" to his players, he led many teams to county playoffs, culminating with back-to-back Colt League championship years. If he was not working at J&L, coaching baseball, fishing, cheering on his beloved Steelers or bricklaying, he could always be found cutting, splitting, and delivering truckloads of firewood throughout the county. Michael is survived by his wife, the former Carmel Catanese of Rochester, to whom he was lovingly married for 65 years. He took enormous pride in his four children, six grandchildren and two great-grandsons. He will be greatly missed by daughter, Karen Howe and her husband, John, Darlington Township; son, Michael Baycura and his wife, Debbie, Daugherty Township; son, John Baycura, Rochester, and daughter Colonel (ret) Cindy Dwyer and her husband, Colonel (ret) John, Boiling Springs, Pa. He was "Pap Pap" to wonderful grandchildren Natalie Stevens, Camp Hill, Pa.; Cara Coladonato, Mooresville, NC; TSgt Michael Baycura, Little Rock, Ark.; Steven Baycura, Daugherty Township; Cadet Emily Dwyer, Gainesville, Fla.; and John Dwyer, II, Boiling Springs, and great-grandsons, Dom and Vinnie Coladonato, Mooresville. Michael's love of country and family are among his many legacies to his family. A Mass in celebration of Michael's life will be held at St. Cecilia's Roman Catholic Church in Rochester on Friday, November 11, at 10 a.m. to include the rendering of military honors by the Pennsylvania National Guard. Arrangements are being handled by the WILLIAM MURPHY FUNERAL HOME INC., 349 Adams St., Rochester. In lieu of flowers, contributions may be made to Rochester Area Baseball, Connecticut Avenue, Rochester, Pa. 15074. The family wishes to extend its gratitude to the Good Samaritan Hospice at Heritage Valley for their support in Michael's final days.

Michael "Bites" Baycura, 93, of Rochester, died peacefully surrounded by his family on November 6, 2016. He was born in West Aliquippa on February 2, 1923, to John and Julia (Duncic) Baycura. Michael is preceded in death by his parents, five... View Obituary & Service Information

The family of Michael "Bites" Baycura created this Life Tributes page to make it easy to share your memories.

Send flowers to the Baycura family.