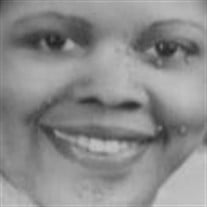 Mary Elizabeth Short, 95, formerly of South Beaver Twp. and Rochester, passed away Thursday, June 22, 2017, in Curahealth Hospital, Brighton Twp. Born March 25, 1922, in Rochester, a daughter of the late Frederick and Geneva Jackson Law, she was a retired employee with the former Kaufmann's and Macy's Dept. Stores, Center Twp. and was also formerly employed by Westinghouse Corp., Vanport. She was a member of the Second Baptist Church, Rochester, where she had been a 75-year member; a member and former President of the Service Guild; a missionary with the church; and a Mother of the church. Mary also a volunteered with Meals on Wheels, Rochester. She was a graduate of Rochester High School. Mary loved the Lord and worshipped and praised Him faithfully and continually all her life. She also loved her family. She was an excellent seamstress and enjoyed baking and gardening. She was preceded in death by her husband, Charles R. "Honey" Short Sr. in 1974; a grandson, Anthony Short in 2013; and two brothers, Robert and Frederick Law. Surviving are two sons and daughters-in-law, Charles R. "Bobby" Jr. and Barbara Tillman Short, New Brighton and Frederick A. and Lisa Short, Coraopolis; three daughters and a son-in-law, Donna M. Short, Rochester; Geneva L. Short, Charlotte, N.C.; and Karen E. and Ronald "Butch" Perkins, West Chester, Pa.; 11 grandchildren, 20 great- grandchildren and 15 great-great-grandchildren; one sister, Valeria McIntosh, Rochester; a sister-in-law, Grace Green, Leetsdale, and a host of nieces, nephews and cousins. Friends will be received Thursday, June 29, from 4 to 8 p.m. in the Second Baptist Church, Clay and Irwin Streets, Rochester, where a service will be held Friday, June 30, at 11 a.m., the Rev. Cornelius Williams officiating. Interment will be in Sylvania Hills Memorial Park. The Short family sincerely appreciates the care, concern and kindness given to our mother by her church family, Dr. Ratnakar Shetty, the entire staff at the Beaver Valley Nursing and Rehab Center, Heritage Valley Beaver, and Curahealth. The WILLIAM MURPHY FUNERAL HOME INC., 349 Adams St., Rochester, is in charge of arrangements.

The family of Mary Elizabeth Short created this Life Tributes page to make it easy to share your memories.

Send flowers to the Short family.