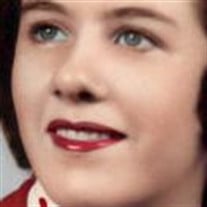 Mary Eugena "Kitty" (Shaffer) Covalt, 82, of New Sewickley Twp., passed away peacefully with her children by her side on Monday, July 31, 2017. Born July 29, 1935, in Clearfield, Pa., she was a daughter of the late Clair H. and Veda Alice McLaughlin Shaffer. Mary attended Beaver Falls High School and was a salesclerk at Tress's Drug Store in Beaver Falls and later in life became an assistant manager of Walden Books in the Beaver Valley Mall. Soon after she retired, she worked part time for a short while at Emerick's Greenhouse, New Brighton. Mary enjoyed bowling, golfing, camping and attending her sons' and grandsons' baseball games. She loved gardening and especially planting flowers. In the spring time, everywhere you looked around the farm there were varieties of flowers and bushes growing. When Mary wasn't busy with her husband, children, grandchildren or various other things, she was sitting down with a good book. Mary is survived by her children, Edwin Clair Covalt and his wife Marylou, Jewel Covalt, Barry Alan Covalt and Donna Kocon, Brian Charles Covalt and his wife Denise; a beloved nephew, Dennis Krebs and his wife Mary Ellen; a brother-in-law, Glenn Hatt; a sister-in-law and her husband, Vivian (Covalt) and Joe Pollack, and a longtime friend, Bernie (Elko) Hawthorne. She is also survived by 11 grandchildren, five great-grandchildren, and numerous nieces and nephews. She was preceded in death by her husband of 62 years, Edwin Charles "Bud" Covalt, in 2006; her brothers and sisters, Margaret (Krebs) and her husband Arthur Smith, Henry Krebs and his wife Delaine, James Shaffer and his wife Peggy, Nanette (Shaffer) Hatt, and Patricia Shaffer and her husband Lou Shaffer; her father-in-law, Charles A. Covalt, and mother-in-law, Silvia Pelissier Covalt Jones and her husband George; brothers-in-law, Benjamin Covalt and his wife Winnie, and James Richard "Dick" Covalt and his wife Sally, and a sister-in-law and her husband, Shirley "Tootie" (Covalt) and William Lowman. Friends will be received Thursday from 1 to 5 p.m. in the WILLIAM MURPHY FUNERAL HOME INC., 349 Adams St., Rochester, where services will follow at 5:30 p.m. The Rev. Kevin Black will officiate. Inurnment will be in Sylvania Hills Memorial Park.

Mary Eugena "Kitty" (Shaffer) Covalt, 82, of New Sewickley Twp., passed away peacefully with her children by her side on Monday, July 31, 2017. Born July 29, 1935, in Clearfield, Pa., she was a daughter of the late Clair H. and Veda Alice McLaughlin... View Obituary & Service Information

The family of Mary Eugena Covalt created this Life Tributes page to make it easy to share your memories.

Send flowers to the Covalt family.