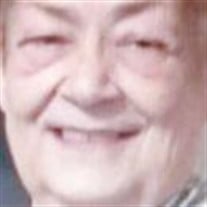 Our courageous hero, Margaret C. Sieg, proudly called mother and Nana, passed away on August 18, 2017. Loved and respected by all who knew her, she was born September 26, 1946, to the late James W. Sr. and Margaret Ruckert Riley. An unconventionally strong woman, she bravely battled diabetes among other illnesses for over 26 years. She was a loving mother, enormously proud grandmother called, Nana, by her beautiful grandchildren, and all of their friends. She loved to cook and bake, welcoming anyone into her home. She was known to lead by example though her tremendous faith, kindness and unending support. She was Catholic by faith, and was a former member of St. Anne's Roman Catholic Church, Castle Shannon. She was preceded in death by her husband, Thomas D. Sieg, in 2010, to whom she had been married for 36 years. She was also preceded in death by one sister, Jean Riley and three brothers, James W. Riley Jr., William Riley and Paul Riley. She is survived by three children, Kellee Ferguson, Conway; Kristen and Robert Black, Conway; Daniel Ferguson, Rochester; three beloved grandchildren, Justin Black, Beaver; Hunter and Madalyn Black, both of Conway; two siblings, Charlene Ours and John Riley, both of New Brighton; numerous nieces, nephews and her devoted friends, Ada Skiles and Peggy Maurer, among many others; two sisters-in-law, Lynn Riley, Ambridge, and Kim Riley, in California. Friends will be received Tuesday from 2 to 4 and 6 to 8 p.m. in the WILLIAM MURPHY FUNERAL HOME INC., 349 Adams St., Rochester. A Mass of Christian burial will be held on Wednesday at 10 a.m. in St. Cecilia Roman Catholic Church, Rochester Twp. Interment will follow in St. Cecilia Cemetery. A Christian wake service will be held Tuesday at 3:30 p.m. in the funeral home. In lieu of flowers, memorial contributions may be made to the National Kidney Foundation, 2403 Sidney Street, Suite 203, Pittsburgh, PA 15203. The family wishes to especially thank the staff at Liberty Dialysis, Baden, Pa., and her long term medical providers at the Heritage Valley Health System, for their compassionate care.

Our courageous hero, Margaret C. Sieg, proudly called mother and Nana, passed away on August 18, 2017. Loved and respected by all who knew her, she was born September 26, 1946, to the late James W. Sr. and Margaret Ruckert Riley. An unconventionally... View Obituary & Service Information

The family of Margaret C. Sieg created this Life Tributes page to make it easy to share your memories.

Send flowers to the Sieg family.