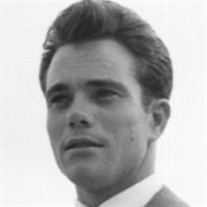 Joseph J. Coppola, 90, of Rochester Twp., passed away October 5, 2020 in Heritage Valley, Beaver. He was born November 26, 1929 in Rizziconi, Calabria, Italy. He is the son of the late Theodore and Teresa Rotura Coppola. He was a retired employee with the former PB&I Industry, North Rochester and the Motorola Company, Boynton Beach, Florida. He was a member of St. Cecilia Roman Catholic Parish, Rochester, where he was a former usher. He was also a member of the Holy Name Society, Rochester Wolves Club, Rochester SOI, and the Armando Bocci League. He was an avid fan of soccer, and was a charter leader of the Beaver County Soccer League and coached the Brighton Twp. Soccer Program and the Rochester High School Soccer Team. Joe was an avid gardener, and also enjoyed playing golf. He was preceded in death by his wife, Joan (Scriva) Coppola, in 2016. Also preceded in death by a sister, Rosa Loiacono, an infant sister, and one brother in law, Carmen Scriva. He is survived by one daughter and son in law, Theresa and James Jenkins, Freedom, two sons and one daughter in law, Theodore “Ted” Coppola, Rochester Twp., and Rocky and Dawn, Coppola, Cincinnati, Ohio, five grandchildren, Quintin Coppola, Indianapolis, Indiana, Joseph Coppola, Cincinnati, Ohio, Jennie and Pete Couch, Rachel and Dave Wagner, and Christen Jenkins, and her companion Jesse all of Freedom, five great grandchildren, Haylie, Jimmie, Landon, Ashlynn, and Bryce, two sisters, Francesca Trimarchi, and Maria Repaci all of Italy, as well as numerous nieces and nephews. Due to the COVID 19 restrictions, the family wishes visitation to be private, with a total of 25 people, all must wear a mask. A Mass of Christian Burial, to be attended by family and friends, to take place, Thursday, October 8, 2020 at 12 noon, at St. Cecilia Roman Catholic Parish, 628 Virginia Avenue, Rochester, all attending must wear a mask. Entombment will be private in Sylvania Hills Mausoleum. Arrangements are being handled by the WILLIAM MURPHY FUNERAL HOME, INC. 349 Adams Street Rochester, PA. Family wishes contributions to go to the American Heart Association, P.O. Box 15120 Chicago, Il. 60693, or the Alzheimer’s Foundation, 1100 Liberty Ave, Suite 201 Pittsburgh, PA 15222.

Joseph J. Coppola, 90, of Rochester Twp., passed away October 5, 2020 in Heritage Valley, Beaver. He was born November 26, 1929 in Rizziconi, Calabria, Italy. He is the son of the late Theodore and Teresa Rotura Coppola. He was a retired... View Obituary & Service Information

The family of Joseph J. Coppola created this Life Tributes page to make it easy to share your memories.

Send flowers to the Coppola family.