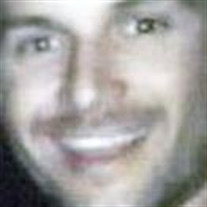 Joseph M. Barnick, 30, of New Sewickley Twp., passed away Sunday, November 20, 2016, in Cranberry Twp. Born June 4, 1986, in Brighton Twp., a son of Timothy A. and Lynn Marie Petcovic Barnick of New Sewickley Twp., he was an installer for ABB Industries and was a member of St. Cecilia Roman Catholic Parish, Rochester. He was a Marine Corps veteran, having served in Afghanistan, and was stationed in Okinawa. He was a 2004 graduate of Freedom Area High School, where he participated in the Freedom Band and wrestling team. He was involved with the 4-H Horse Clubs and the New Brighton YYR Organization, which rescues horses and pairs them with troubled children. He loved fishing and hunting and riding his quad runner at the family camp in the Allegheny National Forest. Surviving, in addition to his parents, are a sister and brother-in-law, Stephanie L. and Zac Bonzo, New Sewickley Twp.; a brother, Ryan A. Barnick, Daugherty Twp.; a nephew, Wyatt Bonzo, New Sewickley Twp.; his maternal grandparents, Donald and Joanne Petcovic, New Sewickley Twp.; his paternal grandmother, Betty Barnick, Beaver Falls; his aunts and uncles, Denise Gentry, Monaca; Gary and Debbie Petcovic, Lake Tapps, Wash.; Diane Petcovic, Edgewater, Fla.; Louis and Kim Petcovic, Edgewater, Fla.; Terry Barnick, Baden, and Thomas and Jan Barnick, Beaver Falls, and numerous cousins and Marine buddies. He was preceded in death by his paternal grandfather, Thomas Barnick. Friends will be received Sunday from 3 to 8 p.m. in the WILLIAM MURPHY FUNERAL HOME INC., 349 Adams St., Rochester. Friends are invited to attend a Mass of Christian burial and to meet at church at 10 a.m. Monday at St. Cecilia Roman Catholic Church, Rochester Twp. Inurnment will be in Calvary Cemetery, New Sewickley Twp. The family wishes memorial contributions be made, if desired, to the DAV, P.O. Box 14301, Cincinnati, OH 45250-0301.

The family of Joseph M. Barnick created this Life Tributes page to make it easy to share your memories.

Send flowers to the Barnick family.