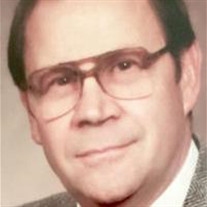 John L. Martino, 89, of Rochester Twp., passed away Saturday, February 22, 2020, in Rochester Manor. Born April 26, 1930, in Rochester, he was a son of the late John G. Martino and the late Mayme Cutrona Martino Scruci, and his stepfather, Vince A. Scruci Sr., preceded him in death. John was the retired owner of Martino Inc., Rochester, and the Sam Cutrona Coal and Ice Co., Rochester. He was a member of St. Cecilia Roman Catholic Parish, Rochester, a 1948 graduate of Rochester High School, and graduated from Duquesne University with a BS degree in Business Administration. Upon graduating, he entered the U.S. Army and was with the 82nd Airborne serving in the Adjutant General’s office, and had served during the Korean War era. He was a member of St. Cecilia Roman Catholic Church finance committee; member of the Knights of Columbus, Father James Reid Council; member of Rochester Area School Board for over 30 years and was former president; former president and member of the Beaver Valley Intermediate Unit; former director of the Executive Board of the former Beaver Trust Company; former president and member of the Rochester Chamber of Commerce; served on the WPIAL Board of Controls; on the Board of Directors of the Beaver County Transit Authority; former member of the Rochester Beaver Lions Club; member of the former Walter S. Roth Post 498 Rochester; and a member of the Rochester Borough Development Corporation. He loved golfing but the most important thing to John was his family. Surviving are his wife of 65 years, Eva E. Skvolka Martino; one son, John Michael Martino, Rochester Twp.; two daughters and sons-in-law, Joanne L. and Kirk Triplett, and Janis M. and Robert “Bob” DiMaggio, all of Industry; three grandchildren, Jacob “Rusty” Martino, Ashville, N.C.; Brian K. Triplett, Monaca; and Robert M. DiMaggio, Industry; sister and brother-in-law, Nancy M. and Robert J. Masters, Brighton Twp.; two sisters-in-law, Carol Scarpone, East Rochester and Dianna Rauch, Rochester Twp.; and numerous nieces and nephews. Friends will be received Monday from 2 to 8 p.m. in WILLIAM MURPHY FUNERAL HOME, INC., 349 Adams St., Rochester. A Mass of Christian burial will be held Tuesday at 10 a.m. in St. Cecilia Roman Catholic Church, Rochester Twp. Interment will be in St. Cecilia Cemetery. A Christian wake service will be held Monday at 3:30 p.m. in the funeral home. The family wishes memorial contributions be made in John’s name to a charity of choice.

John L. Martino, 89, of Rochester Twp., passed away Saturday, February 22, 2020, in Rochester Manor. Born April 26, 1930, in Rochester, he was a son of the late John G. Martino and the late Mayme Cutrona Martino Scruci, and his stepfather, Vince... View Obituary & Service Information

The family of John L. Martino created this Life Tributes page to make it easy to share your memories.

Send flowers to the Martino family.