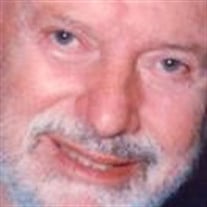 Our family patriarch, Dr. John Walter Lehman II, has completed his life's journey on May 6, 2016. Although he made Ft. Myers, Florida, his home after retiring in 2000, he always came back to his roots in Beaver County to enjoy the summers. He was 83. Born October 20, 1932, in Pittsburgh, he was a son of the late J. Walter Sr. and Bertha Goll Lehman. Dr. Lehman was a member of Grace Evangelical Lutheran Church, Rochester. He graduated from Rochester High School, Culver Military Academy Summer Schools, Allegheny College and Temple University School of Medicine. He returned to his roots after graduating from medical school to open his private practice in Beaver Falls. He was a gifted and innovative surgeon that spent his career sharing skills at the Shriner's Hospital for Crippled Children (Philadelphia) Amputee Clinic. His practice of 37 years was with the Beaver Valley Orthopedic Associates based in Beaver Falls, PA. A Board Certified Orthopedic Surgeon, he was a member of the Academy of Orthopedic Surgery, Eastern Orthopedic Association, Pennsylvania Orthopedic Association and Philadelphia Academy of Medicine, and a recipient of a Fellow of the American College of Surgeons. He was a former active staff member and past president of The Medical Center, Ellwood City Hospital and former staff member of the Shriner's Hospital for Crippled Children Philadelphia Unit and a former Medical Director and Chief Surgeon for Easter Seals Society of Beaver County. Jack was a member and past president of the Beaver County Medical Society, member and past Board of Directors for Pennsylvania Medical Society, delegate to the American Medical Association, member of the Eastern Orthopedic Association, Pennsylvania Orthopedic Society, Philadelphia Academy of Surgeons, Fellow of the American College of Surgeons, and member of the Board of Directors of KeyPRO Peer Review Organization. He was also a member of F&AM Masonic Lodge 229, Rochester, a 32nd Degree Mason with the New Castle Consistory, and a member of the Syria Shrine. Dr. Lehman belonged to the B.P.O.E. Lodge 283, Rochester, and was active in local Sports Medicine for several high schools and Geneva College. Being an avid horseman since childhood, he loved raising and showing saddle bred horses and hackney ponies, several of which became World Champions including his pride and joy, Evening Shade. He also had a passion for golf, travel, reading and crossword puzzles. Jack was elected to the Beaver County Sports Hall of Fame in 2006. He also established and funded along with his wife, Debbie, a medical ethics course and an annual "Lehman Lecture" at Allegheny College (Meadville, PA). He was also a member of the Board of Directors for the Beaver County Foundation. He is survived by his wife of 24 years, Debbie J. Kozora Lehman; a son and daughter-in-law, Dr. John D. and Angie Lehman; two daughters and sons-in-law, Laurey and Keith Schweinsberg, and Elizabeth and Danny Scheidemantel; two stepsons, Jason Woodrow and his wife Nicole, and Aaron Woodrow and his wife Dr. Lauren Decker; a stepdaughter, Shelby Lehman; 11 grandchildren, Sadie and Sam Schweinsberg, Sarah Morrison and her husband Adam, Andrew and Lucas Scheidemantel, Olivia, Teddy and Abby Lehman, and Savannah, Isabella and Victoria Woodrow, and his former wife, Mary Lu Lehman. Friends will be received Thursday and Friday from 2 to 4 and 6 to 8 p.m. in the WILLIAM MURPHY FUNERAL HOME INC., 349 Adams St., Rochester. A service will be held Saturday at 11 a.m. in the Grace Evangelical Lutheran Church, Rochester. His pastor, the Rev. Gregory S. Clagg, will officiate. Entombment will follow in Beaver Mausoleum. Our family would like to thank the caregivers and staff at Lee Memorial Hospital and Hope Hospice at Healthpark, Fort Myers, Florida, for their exemplary kindness, dignity and compassion, during their care of our loved one.

Our family patriarch, Dr. John Walter Lehman II, has completed his life's journey on May 6, 2016. Although he made Ft. Myers, Florida, his home after retiring in 2000, he always came back to his roots in Beaver County to enjoy the summers. He... View Obituary & Service Information

The family of Dr. John W. "Jack" Lehman, II created this Life Tributes page to make it easy to share your memories.

Send flowers to the Lehman family.