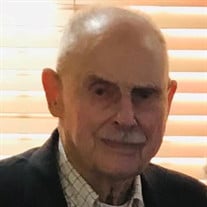 John R. Eakin, 95, of Madeira, Ohio, formerly of New Sewickley Twp., passed away August 25, 2021 in Traditions of Camargo in Madeira, Ohio. Born May 29, 1926 in Pittsburgh, he was son of the late John M. and Helen M. Riggs Eakin. He graduated from Rochester High School, and Geneva College where he received a BSBA Degree. He retired in 1983 from ALCOA Corporation, where he had worked as a credit manager. He was a U.S. Navy Veteran, serving in the Central Pacific during WWII and later served during the Korean War on the USS LST 846, and was in the Korean Theatre of Operations. He continued to serve in the U.S. Naval reserve ultimately retiring as a commander. John was very proud of his service. He was a 50 year member of the Rochester F&AM Lodge 229, a Life Member of the Rochester VFW, Post 128 and a member of the former Rochester American Legion, Post 498. John also belonged to the National USS LST Association. John was an active leader with Boy Scouts of America Troop 436 in Rochester. During his time as a leader, he headed up many adventures for the troop members, including two trips to the Philmont Scout Ranch in New Mexico, annual Easter Weekend Hikes on the Appalachian Trail and many local camping adventures. He was also active with the Beaver County Canoe Trails, where he led his troop members on canoe trips to Kipawa, Quebec, Canada. After his troop members moved on, he continued to help facilitate trips through Canoe Trails. He wanted his scouts to enjoy the outdoors and made a positive difference in a number of lives. He was a member of the Grace Evangelical Lutheran Church, Rochester. He is survived by his wife, Nancy Brewer Eakin, Madeira, Ohio. He is also survived by a daughter and son in law, Nancy R. and Dr. Jeffery Stambough, Madeira, Ohio; a daughter in law, Melva Eakin Devin, New Sewickley Twp., one grandson, Dr. Jeffrey Stambough, and his wife, Dr. Kathryn Stambough, Little Rock, AK., one granddaughter, Dr. Megan Labreck, and her husband, Philip, Columbus, Ohio, four great grandchildren, Benjamin, William, Mia, and Wesley, as well as numerous nieces and nephews. He was preceded in death by a son, Robert M. Eakin in 1994. Friends will be received Friday, September 3, 2021 from 3 PM – 7 PM in the WILLIAM MURPHY FUNERAL HOME, INC 349 Adams Street, Rochester where a service will take place 11 AM, Saturday, September 4, 2021 with his pastor, Rev. Gregory S. Clagg officiating. Interment will follow in Beaver Cemetery. The Beaver County Special Unit will provide full Military Honors for their fallen comrade at Beaver Cemetery. In lieu of flowers, donations may be made to St. Jude’s Children’s Hospital, 501 St. Jude’s Place, 501 Memphis, TN 38105 or the Beaver County Humane Society, 3394 Brodhead Road, Aliquippa, PA 15001

John R. Eakin, 95, of Madeira, Ohio, formerly of New Sewickley Twp., passed away August 25, 2021 in Traditions of Camargo in Madeira, Ohio. Born May 29, 1926 in Pittsburgh, he was son of the late John M. and Helen M. Riggs Eakin. He graduated... View Obituary & Service Information

The family of John R. Eakin created this Life Tributes page to make it easy to share your memories.

Send flowers to the Eakin family.