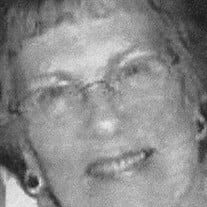 Jennie Fusco Dioguardi, 87, of Beaver, passed away peacefully with her loving family by her side on Thursday, October 15, 2015, in Allegheny General Hospital, Pittsburgh. Jennie was a devoted, compassionate, mother, grandmother, great-grandmother, sister and aunt, who welcomed everyone into her home with loving arms. Born June 24, 1928, in Rochester, a daughter of the late James and Carmel Tooch Colella, she was a homemaker and a member of St. Cecilia Roman Catholic Church and the Christian Mothers. She was preceded in death by her first husband, Albert A. Fusco; her second husband, Anthony Dioguardi; four sisters, Cecilia Leopardi, Josephine Sayers, Carmel Cook and Anna Mae Stulac Spickerman, and a brother, Phillip Colella. Surviving are three daughters and sons-in-law, Annette and Larry Kusch, Bernadette and Leo Wolfe, and Denise and James Prekop; seven grandchildren, Sheleen Dripps, Shelby Dripps Miller, Evan Kusch, Lesa Wolfe Iams, L.J. Wolfe, Jennifer Wolfe and Brayden Prekop; four great-grandchildren, Gage Miller, Christa Iams, Leo Wolfe III and Elizabeth Wolfe; a sister, Donna Grace Colella, and numerous special nieces, nephews and cousins. Friends will be received Sunday from 2 to 8 p.m. in the WILLIAM MURPHY FUNERAL HOME INC., 349 Adams St., Rochester. A Mass of Christian burial will be held Monday at 10 a.m. at St. Cecilia Catholic Church. Everyone, please meet at church. Interment will be at St. Cecilia Cemetery. In lieu of flowers, donations may be made to McGuire Memorial Home. The family would like to express their thanks and appreciation to the doctors and staff on floor 12 at Allegheny General Hospital for the kind and compassionate care given to their mother.

Jennie Fusco Dioguardi, 87, of Beaver, passed away peacefully with her loving family by her side on Thursday, October 15, 2015, in Allegheny General Hospital, Pittsburgh. Jennie was a devoted, compassionate, mother, grandmother, great-grandmother,... View Obituary & Service Information

The family of Jennie Fusco Dioguardi created this Life Tributes page to make it easy to share your memories.

Send flowers to the Dioguardi family.