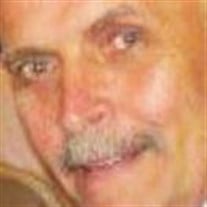 James E. McNear Jr., 67, of Rochester, passed away Friday, April 1, 2016, in his home. Born Dec. 11, 1948, in Rochester, he was a son of Cecelia D. Salamay McNear with whom he had resided, and the late James E. McNear Sr. He was a retired auto mechanic and had worked for Willis Auto Service and had previously worked with Hub Auto of Rochester and LTV Steel, Aliquippa. He was a member of St. Cecilia Roman Catholic Parish, Rochester and was a 1966 graduate of Rochester High School. He was a U.S. Army veteran of the Vietnam War where he was the recipient of the Bronze Star for heroism in combat and received the Combat Infantry Badge, the Vietnam Service Medal, the National Defense Medal and the Air Medal for meritorious achievement while participating in aerial flight and the Army Commendation Medal. He was a member of the Rochester VFW Post 128. Jim loved going to the Rogers, Ohio, Flea Market and enjoyed hunting and guns. In addition to his mother, he is survived by two daughters and sons-in-law, Tina M. and Thomas Cole, Monaca, and Dawn R. and Gary Porto, New Brighton; one son, Richard B. Craig Sr., Chippewa Twp.; six grandchildren, Hailey, Kelsey, Riley, Richard Jr., Brittany, and Morgan; one great-granddaughter, Arianna; one sister and brother-in-law, Diana L. and Ernie Wilson, Rochester. He is also survived by all of his garage buddies, especially his Uncle Mick and Allen Milligan; a nephew, Michael Wilson and his wife, Cheryl and their children and a niece, Lori Viscuso and her children. Friends will be received Sunday from 2 to 7 p.m. in the WILLIAM MURPHY FUNERAL HOME INC., 349 Adams St., Rochester. A Mass of Christian burial will be held Monday at 10 a.m. in St. Cecilia Roman Catholic Church, Rochester Twp. Interment will follow in Sylvania Hills Memorial Park. A Christian Wake Service will be held Sunday at 3 p.m. in the funeral home. The family wishes to thank Good Samaritan Hospice for the care and comfort given to Jim and also we wish to thank his doctor, Nancy Cramer and staff of the Monaca VA office.

The family of James E. McNear, Jr. created this Life Tributes page to make it easy to share your memories.

Send flowers to the McNear family.