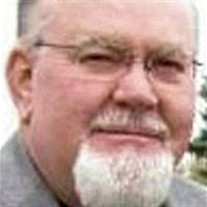 Howard A. Gabauer 71, of Chippewa Township, formerly of Rochester, passed away Thursday, March 28, 2019, in Heritage Valley Sewickley Born on November 1, 1947, in Rochester, the son of the late Victor and Mildred Wogan Gabauer. He was a former employee with Life, Beaver County and the former LTV Steel Co. Aliquippa. Howard was a driver for McNutt Abbey Flower Shop in New Brighton and for DART. He was a former little league baseball coach, former Cub Master with Rochester Pack 7 and a member of the Rochester Quarterback Club. Howard was involved with many other activities that his family participated in and was known for his infectious laugh and loving people. He was a Member of St Cecilia Roman Catholic Parrish Rochester. He is survived by his wife of 47 years, Libby D. Gabauer, a son and daughter-in-law, Jason J. and Paula Gabauer of Edinburg Pa; a daughter and son-in-law, Danielle R. and Gregory Hartsock of New Sewickley Twp.; four grandsons, Brett, and Ashton Hartsock and Cody and Travis Gabauer; two brothers and three sisters-in-law, Alfred H. and Peggy Gabauer of New Sewickley Twp., Frank A. and Elaine Gabauer of Economy Borough and Charlene Gabauer, Missouri; a sister, Mary Ann Hageter, of Swansboro, N.C.; his mother-in-law Emma Zickefoose of Conway; numerous nieces and nephews and his faithful canine companions, Bingo and Ally. He was preceded in death by three brothers, John W., Victor, and Ernest C. Gabauer and three sisters, Virginia Joseph, Frances Summerville and Erma May Gabauer. Howard’s wish was to be cremated and there be no public services. Arrangements by WILLIAM MURPHY FUNERAL HOME INC., 349 Adams St., Rochester The family would like contributions be made to Animal Friends, 562 Camp Horne Road, Pittsburgh, PA 15237, in Howard’s memory. Howard’s family wishes to thank the seventh floor Progressive Care Staff at Heritage Valley Sewickley for the care and comfort given to Howard.

Howard A. Gabauer 71, of Chippewa Township, formerly of Rochester, passed away Thursday, March 28, 2019, in Heritage Valley Sewickley Born on November 1, 1947, in Rochester, the son of the late Victor and Mildred Wogan Gabauer. He was a former... View Obituary & Service Information

The family of Howard A. Gabauer created this Life Tributes page to make it easy to share your memories.

Howard A. Gabauer 71, of Chippewa Township, formerly of Rochester,...

Send flowers to the Gabauer family.