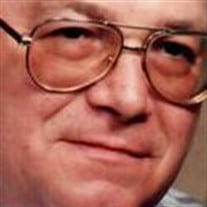 Frederick M. "Mark" Schuller, 76, of New Sewickley Twp., passed away Wednesday, June 21, 2017, in Rochester Manor. Born November 16, 1940, at his home in Freedom, he was a son of the late Frederick W. and Daisy Eloise Payne Schuller. He was a retired employee with LTV Steel, Aliquippa, where he worked for 19 ½ years, and was also employed by the Ellwood Shot Blasting and Painting Company, Ambridge. A U.S. Army veteran of the Vietnam War, he was stationed as a medic in Seoul, Korea. He was a 35-year member of the former Conway United Presbyterian Church, where he had been an usher, trustee, deacon and elder. He was a former member of the Conway VFW and a member of the Freedom Eagles and Freedom SOI. He loved hunting with his brothers and was an avid Pittsburgh sports fan. Surviving are his wife of 54 years, Bonnie L. Smith Schuller; two daughters and a son-in-law, Christine M. and John N. Petrocelli Sr., New Sewickley Twp., and Debra J. Salem, Ohio; five grandchildren, Amanda Salamone and her fiancé Cody Lemley, Patterson Twp.; Breana Petrocelli and John N. Petrocelli Jr., both of New Sewickley Twp., and Amber and Jacob Salem, Ohio; a great-granddaughter, Arianna Lemley, Patterson Twp.; three brothers and two sisters-in-law, Robert and Shirley Oakes, Conway; Richard "Frankie" Schuller, California, and Thomas and Bobbie Schuller, Pulaski Twp.; a nephew whom he considered a son, Robert W. Schuller, Louisiana, and numerous other nieces, nephews and friends. "Hope to see you all in heaven." He was preceded in death by an infant sister; a brother and sister-in-law, Stanley and Margaret "Irish" Schuller, and a niece. Friends will be received Friday from 2 to 4 and 6 to 8 p.m. in the WILLIAM MURPHY FUNERAL HOME INC., 349 Adams St., Rochester, where a service will be held Saturday at 10 a.m. Rev. Beth Wierman, of the Monaca Presbyterian Church, will officiate. Interment will follow in Oak Grove Cemetery, Freedom. The Beaver County Special Unit will provide full military honors at 10:30 a.m. at Oak Grove Cemetery, Freedom.

Frederick M. "Mark" Schuller, 76, of New Sewickley Twp., passed away Wednesday, June 21, 2017, in Rochester Manor. Born November 16, 1940, at his home in Freedom, he was a son of the late Frederick W. and Daisy Eloise Payne Schuller. He was... View Obituary & Service Information

The family of Frederick M. Schuller created this Life Tributes page to make it easy to share your memories.

Send flowers to the Schuller family.