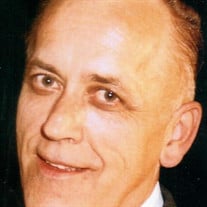 Edward Bostanic Sr., 86, of Daugherty Twp., passed away January 17, 2022 at his home. Born July 19, 1935 in Rochester, he was the son of the late Nicholas and Mary Adamchik Bostanic. Ed was the owner of Ed’s Cabinet Shop, Daugherty Twp., a past member of the Serbian Orthodox Church in Aliquippa, and an Army Veteran. He was preceded in death by his wife, Barbara G. McKissick Bostanic. He was also preceded in death by two sisters, Ann Dull and Evelyn Bostanic, and two brothers, George and Michael Bostanic. He is survived by one son and daughter in law, Edward and Rita Ann Bostanic Jr., Daugherty Twp.; one daughter and son in law, Susan Marie and David Kirkpatrick, Chippewa; four grandchildren, Neal D. Bostanic, Economy Boro, Matthew D. Bostanic, Daugherty Twp., Shannon E. Kirkpatrick, Chippewa, and Sean D. Kirkpatrick, Chippewa; one great grandchild, Avery Bostanic; one sister, Diane McConaughy, Hopewell, as well as numerous nieces and nephews. Edward’s wishes were to be cremated with no service. Inurnment will be in St. Cecilia Cemetery. Arrangements are being handled by the WILLIAM MURPHY FUNERAL HOME, INC. 349 Adams Street, Rochester.

The family of Edward Bostanic Sr. created this Life Tributes page to make it easy to share your memories.

Send flowers to the Bostanic family.