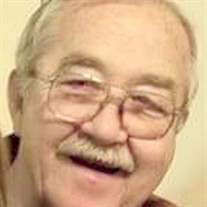 Donald A. “Butch” Ash Sr., 78, of Rochester Twp., passed away March 27, 2020, at the home of his son. He was born May 22, 1941, in Rochester Twp. He is the son of the late Delbert and Mildred Groomis Ash. He was a retired truck driver with August Transport Co. He also retired from the former Luger Meats Company in Beaver Falls. He previously worked at J&L Steel in Aliquippa. He was Christian in his belief; was an U.S. Army reservist; a member of the Saxon Club in Rochester; Rochester Turners; a proud life member of the NRA; and was an avid hunter and fisherman. He belonged to UFCW Union. He is survived by his former wife, Kathy D. Herman Ash of Rochester; one son and daughter-in-law, Donald A. Jr. and Tiffany Ash, Hookstown, with whom Don presently resided; two grandchildren, Amber Ash, and her fiancé Anthony L. Russell of Beaver Falls, and Deven C. Ash of Rochester; two great-grandchildren, Milah and Zoey; one brother, Delbert “Mooney” Ash; and his companion Virginia McFarland, of East Palestine, Ohio. He was preceded in death by his beloved companion, Evelyn Baird and by one grandson, Nathaniel Ash. As per his wishes, he was cremated. A celebration of his life memorial service will be held at a later date. Arrangements by WILLIAM MURPHY FUNERAL HOME, INC., 349 Adams St., Rochester.

The family of Donald A. Ash Sr. created this Life Tributes page to make it easy to share your memories.

Send flowers to the Ash family.