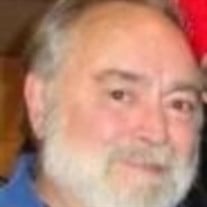 Dennis J. Pavelek, 72, of Rochester Twp. passed away December 6, 2020 at Good Samaritan Hospice, Beaver, peacefully surrounded by his family. Born September 21, 1948 in Sewickley, he was the son of Veronica A. Mazzetti Pavelek of Beaver Falls, and the late Andrew P. Pavelek, Sr. He was a former employee with the former Kroger Store in Rochester and Conway, the Foodland in Chippewa and Ambridge, and the Shop and Save in Moon Twp. and Hopewell, where he was the store manager. He was a member of St. Felix Roman Catholic Church, Freedom; a member of the Upper Beaver Valley Jaycee’s, where he had been a former president; a member of the Jaycee’s softball team, and was known as “Big Train.” “To make a long story short,” Dennis loved telling stories, fishing, hunting, and being with his family. He is survived by one daughter and one son in law, Tracy and Jon Zoppelt, Chippewa; two sons and daughters in law, Brad and Nicole Pavelek, and Brian and Lori Pavelek, all of Brighton Twp.; seven grandchildren, Cody, Wolfgang, Hunter, Emma, Bronwyn, Dane, and Garrett; a special nephew and great nephew, Carmen, and Santino Cananzi; a sister and brother in law, Anita L. and Ralph Cananzi, Beaver Falls, and a brother, Andrew P. Pavelek, Jr. and Lynda Dixon, Beaver Falls. Dennis’ wishes were to be cremated with a Memorial Service to be held at a later date. Arrangements are being handled by the WILLIAM MURPHY FUNERAL HOME, INC. 349 Adams Street, Rochester. The family wishes contributions go to Good Samaritan, 116 Browns Hill Road, Suite 100, Valencia, PA 16059, Beaver Campus. The family wishes to thank the staffs of Liberty Dialysis, Chippewa, all the Heritage Valley Beaver Staff, and the Good Samaritan Hospice Beaver staff, who gave comfort and care to Dennis.

Dennis J. Pavelek, 72, of Rochester Twp. passed away December 6, 2020 at Good Samaritan Hospice, Beaver, peacefully surrounded by his family. Born September 21, 1948 in Sewickley, he was the son of Veronica A. Mazzetti Pavelek of Beaver Falls,... View Obituary & Service Information

The family of Dennis J. Pavelek created this Life Tributes page to make it easy to share your memories.

Send flowers to the Pavelek family.