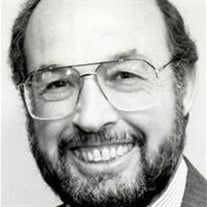 Dennis A. Ciani, 81, of Center Twp., passed away Tuesday, April 4, 2017, at his home. Born April 23, 1935, in Freedom, a son of the late Ubidio and Emola Ciolfi Ciani, he was a retired elementary school teacher from the Beaver Area School District. A 1954 graduate of Freedom Area High School, he received his BS degree in Education from Geneva College in 1965 and attended Penn State University and Southern Connecticut University to further his education. Besides teaching in Beaver, he also taught school in Hamden, Conn., and in St. Thomas, Virgin Islands. A U.S. Air Force veteran of the Korean War, he was a staff sergeant and a flight simulator instructor while stationed at Dreux Air Force Base, France. He was active with the PSEA and was a member and past president of Beaver Area Education Association, the Beaver County PSEA and Midwestern Region PSEA. He was on the Board of Directors of the PSEA and NEA and was on the Board of Directors of the PSERS for 13 years and was vice chairman of the PSERS Board three times. Upon his retirement, he was past president of the Beaver County PSEA Retired Board, the Midwestern Region PSEA Retired Board and the statewide PSEA Retired Board. Dennis enjoyed repairing clocks, anything involving aviation and traveling all over the world to the extent that people would ask "Where are you going next?" Since retiring, both Dennis and Linda, his wife, enjoyed mall walking and observing all of the changes over the years. Surviving are his wife of 48 years, Linda Luca Ciani, and numerous nieces and nephews. He was preceded in death by two sisters and brothers-in-law, Lorida and James Harvey, and Eolide and Clyde Goodwald, and four brothers and three sisters-in-law, Alexander and Casimiera Ciani, Ametilio "Tom" and Alice Ciani, Ronald Ciani, and Eddie and Mary Ann Ciani. As per his wishes, there will be no viewing or services. Inurnment will be in the Cemetery of the Alleghenies. Arrangements by WILLIAM MURPHY FUNERAL HOME INC., 349 Adams St., Rochester. The family wishes memorial contributions be made, if desired, to the American Cancer Society, 320 Bilmar Drive, Pittsburgh, PA 15205.

Dennis A. Ciani, 81, of Center Twp., passed away Tuesday, April 4, 2017, at his home. Born April 23, 1935, in Freedom, a son of the late Ubidio and Emola Ciolfi Ciani, he was a retired elementary school teacher from the Beaver Area School District.... View Obituary & Service Information

The family of Dennis A. Ciani created this Life Tributes page to make it easy to share your memories.

Send flowers to the Ciani family.