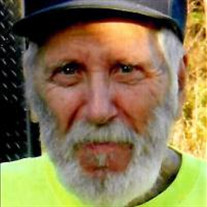 David E. “Davey” Willison, 84, of Rochester, passed away Thursday, October 4, 2018, at his residence. Born May 1, 1934, in Ambridge, a son of the late George M. Sr. and Nina M. Fraley Willison, he was formerly employed with the Colonial Steel, Monaca. He was then employed by Danny Donawitz at Donawitz Auto Wrecking for over 45 years. Davey was still working at age 84 and will be missed and fondly remembered He was our family at Donawitz’s and known to us as “Pap.” Davey served his community proudly as a Rochester fireman. He joined the fire department on May 3, 1955, at the age of 21 and formerly was a captain. His latest title was Fire Police Captain and was still an active member. His other family was his beloved fire department and they took good care of him. Davey was also a member of the Rochester BPOE Lodge 283. He loved to go fishing and spending time camping at Pymatuning. He was preceded in death by his first wife, Lois June Willison in 1979; and his second wife, Margaret H. “Peg” Willison in 2010; a son, David W. Willison in 2014; a sister, Judith Ann Willison in 1998; a brother and sister-in-law, George M. “Bud” Jr. and Darlene Willison; and a nephew, Stacey Davies in 2012. He is survived by a stepdaughter, Deirdre ’Dee” Wapiennik, and her children, Ryan, Rebecca and Hannah; a stepson, Jonathan Mitchell and his children, Clark and Brett; a daughter-in-law, Karen L. Willison, Beaver; a nephew, Phillip Willison and his wife Lisa, Baden; a sister-in-law, Hilda Mae Davies; and other loved ones, George and Daniel Davies, and Diana Lynn Davies. Friends will be received Sunday from 3 to 7 p.m. in WILLIAM MURPHY FUNERAL HOME, INC., 349 Adams St., Rochester. A service will be held following visitation. Officiating will be his friend and fire department chaplin, Edward Baughman. Interment will be in Sylvania Hills Memorial Park. The family wishes, in lieu of flowers, memorial contributions be made to the Rochester Fire Dept., P.O. Box 303, Rochester, PA 15074.

The family of David E. "Davey" Willison created this Life Tributes page to make it easy to share your memories.

Send flowers to the Willison family.