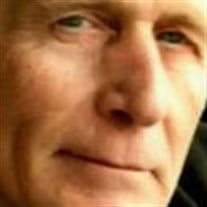 Daniel Edwin McWilliams, 65, of Rochester, formerly of Santa Barbara, Calif., passed away Monday, June 12, 2017, at his home, after a courageous battle with cancer, while surrounded by his loving family. Born August 9, 1951, in Rochester, he was a son of Jacqueline A. Charles McWilliams, with whom he resided in Rochester, and the late Edwin W. McWilliams. He was a retired owner of the Dan McWilliams Construction Company, Santa Barbara, Calif., where he had been a master craftsman and design artist. He belonged to the Northern Idaho Builder Contractors Association. He was a 1969 graduate of Rochester High School and had attended North Idaho College. A Vietnam Air Force veteran, he was a former Boy Scout with Troop 436, and enjoyed gymnastics and other athletics. He was known to his family for being a student of life and beyond. Surviving are a son and daughter-in-law, Micah J. and Alison K. McWilliams, Santa Barbara, Calif.; his former wife, Phyllis; two grandchildren, Keira M. McWilliams and Asher R. McWilliams, both of Santa Barbara, Calif.; a brother, Gary C. McWilliams; three sisters and brothers-in-law, Jackie M. and James Anthony, Rochester Twp.; Jane M. and Richard Cosky, Rochester, and Sam McWilliams and her significant other, Ed Hefright, Beaver; his feline companion, Gia; nine loving nieces and nephews, Lori, Steven, Sara, Robin, Ashley, Shawn, Amanda, Keith and Kelly, and numerous grandnieces and grandnephews. Per Dan's wishes, there will be no visitation or services, as his desire was to be cremated. Arrangements are being handled by WILLIAM MURPHY FUNERAL HOME INC., 349 Adams St., Rochester. The family suggests memorial contributions be made, if desired, to the DAV, 4219 Trindle Road, Camp Hill, PA 17011, or to the American Cancer Association, 320 Bilmar Drive, Pittsburgh, PA 15205. The family wishes to thank the staff and nurses with Bethany Hospices, Pittsburgh, and the VA Hospital in Oakland, Pittsburgh, for the care and comfort given to Dan.

Daniel Edwin McWilliams, 65, of Rochester, formerly of Santa Barbara, Calif., passed away Monday, June 12, 2017, at his home, after a courageous battle with cancer, while surrounded by his loving family. Born August 9, 1951, in Rochester, he... View Obituary & Service Information

The family of Daniel Edwin McWilliams created this Life Tributes page to make it easy to share your memories.

Send flowers to the McWilliams family.