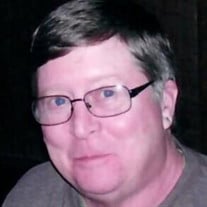 Daniel J Erzen, age 73, of Beaver, PA., passed away Tuesday, August 11, 2020 at 8:15 am at Allegheny General Hospital surrounded by his loving wife and family. Daniel was born in Beaver Falls on January 13, 1947 to the late Leonard and Doris (McCune) Erzen. He was a 1964 graduate of Richland High School in Johnstown, PA and Robert Morris with a B.S. in Economics. He was employed for 43 years at Westinghouse in Beaver now Eaton, retiring as a Senior Buyer. He enlisted into the US Navy in 1966 till 1970, as a submariner. He was stationed in New London, Groton, CT. serving on the USS Will Rogers SSBN 650 and the USS James K. Polk SSBN 645 as a EN2 auxiliary and scuba diver. Dan brought smiles and joy to everyone he knew with a full kiss, God Bless and Life is Good. In his short years, he enjoyed camping at the family camp in Sheffield, PA as well as traveling with his camper for one month two years in a row across the county. Years of hunting, boating on the Beaver and Ohio, sky diving twice, bowling, Nascar where he attended Bristol Races for eight years and Rockingham. His daily joy was his man cave big screen TV watching his criminal shows, races, all football and Steelers. He enjoyed his back yard campfire and drinking a few drinks on many a warm night with friends and neighbors. His great love was his motorcycle traveling across the US, England and Ireland. After his 2005 motorcycle accident, that love was diminished with his slight brain damage. Dan is survived by his wife Patricia (Trish) Smith who he married on February 12, 2000. His two daughters: Jennifer Erzen (Jim Stechschulte) of Manlius, NY and Cynthia (Damian) De Rosaire of Carmel, NY. His grandchildren: Anneleise De Rosaire and Tabitha and Lucas Stechschulte. His step daughter Heather (Ric) Blanchard of Grove City, Pa and four step granddaughters, Briannne, Brigit, Brenna and Breyla Blanchard. Two step great granddaughters Sylvia and Elise Crim. Brother in law Bruce (Carolynn) Smith, nephew Justin Smith and many family members including, nephews, cousins, and friends who loved him dearly. He was a member of the Midland Legion Post 481, Conway VFW Post 6713, lifetime member of the Conway Croatian Club, and the Eaton Thursday night golf league at Blackhawk. Per Dan’s wishes he was cremated with no funeral home visitation, Arrangements are being handled by William Murphy Funeral home in Rochester, PA. Memorials can go to Beaver First Presbyterian Church, Beaver Library or any charitable organization of your choice.

Daniel J Erzen, age 73, of Beaver, PA., passed away Tuesday, August 11, 2020 at 8:15 am at Allegheny General Hospital surrounded by his loving wife and family. Daniel was born in Beaver Falls on January 13, 1947 to the late Leonard and Doris... View Obituary & Service Information

The family of Daniel J. Erzen created this Life Tributes page to make it easy to share your memories.

Send flowers to the Erzen family.