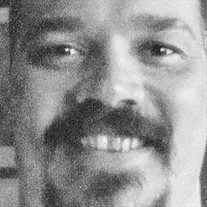 Charles B. Ward, 40, of New Sewickley Twp., passed away, Tuesday, December 1, 2015, in UPMC Shadyside Hospital, Pittsburgh. Born Aug. 23, 1975, in Rochester, a son of Frederick G. Ward Sr., New Sewickley Twp. and the late Linda L. Harley Ward in 2005. He was an electrician with IBEW Local 712, Vanport. He attended St. John's Burry's Evangelical Protestant Church and formerly attended the Pathway Church, Chippewa Twp. He was a graduate of Freedom High School in 1993 and loved to hunt, fish and go to his camp spending time with his children. In addition to his father, he is survived by his former wife and best friend, Erin M. Ward, Patterson Twp., and one daughter and two sons, Ella, Colton and Logan Ward, all of Patterson Twp.; three sisters and two brothers-in-law, Tammie L. and Kevin Merriman, Economy Borough; Jennie L. and Brian Henley, New Sewickley Twp. and Kim A. Ralston and Bob Belsterling, Rochester Twp.; four brothers and two sisters-in-law, Fred G. Ward, Jr., Laporte, CO; Donald M. and Darla L. Ward, R.J. Ward, and Sam and Jessica Ward, all of New Sewickley Twp.; a formerly brother-in-law, Thomas Ralston, Freedom; a special cousin and friend, Christopher Harley, a beloved friend and uncle, Floyd "Bubby" Ward, and a close friend, Ryan Thomas, all of New Sewickley Twp., and numerous nieces and nephews. He was preceded in death by a sister, Nicole Ward. Friends will be received Thursday from 6 to 8 p.m. and Friday 2 to 4 and 6 to 8 p.m. in the WILLIAM MURPHY FUNERAL HOME INC., 349 Adams St., Rochester. Friends will also be received Saturday from 10 a.m. until time of service at 11 a.m. in St. John's Burry's Church. Officiating will be his pastor, the Rev. Win Grossclose. Interment will be in Burry's Church Cemetery. Memorial contributions may be made to the Charles B. Ward Memorial Fund, c/o WesBanco, 1555 Beaver Rd., Baden, PA 15005. Charlie wanted to say to his family one last time "Love you the most".

The family of Charles B. Ward created this Life Tributes page to make it easy to share your memories.

Send flowers to the Ward family.