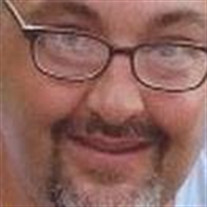 Chad R. "Big Chad" Behanna, 44, of Hopewell Township, formerly of Rochester, passed away Wednesday, November 30, 2016, unexpectedly in Hopewell Twp. Born September 25, 1972, in Rochester, a son of Ronald S. and Donna Verrico Safran of Hopewell Twp., he was a construction worker. He was Catholic by faith and an avid Steelers fan who was loved my his many friends and family. In addition his to parents, he is survived by his fiancée, Brandi L. Miller, Hopewell Twp. and her children and granddaughter, Joey, Kristen and Jessica; one daughter and son, Kaylen and Jordan; two sisters and a brother-in-law, Jacquelynn A. Shore and her fiancé, Chris Carbaugh, Chambersburg, Pa., and their two children, Essex and Cadence, and Lori and Chad Browning, and their children, Ethan and Ayla, Leesburg, Va.; one brother and sister-in-law, Stephen and Aenoy Safran and their children, Arthur and Logan, Washington; two beloved nephews, Skylar and Jaiden, and numerous aunts, uncles and cousins. He was preceded in death by his maternal grandparents, Theresa and Emerick Verrico; paternal grandparents, Virginia and Robert Safran and one sister, Kristin M. Behanna. There will be no viewing. Friends are invited to attend a memorial service Tuesday, December 6, at 11 a.m. in the House of Prayer Church, Hopewell Twp. Officiating is the Rev. Michael Sourwine. Inurnment will follow St. Cecilia Roman Catholic Cemetery. Memorial contributions may be made to GOFUNDME.com/bigchad in honor of Chad's memory. Arrangements are by the WILLIAM MURPHY FUNERAL HOME INC., 349 Adams St., Rochester.

The family of Chad R. Behanna created this Life Tributes page to make it easy to share your memories.

Send flowers to the Behanna family.