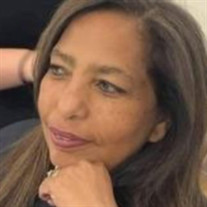 Celeste L. Bacon, 62, of Rochester, passed away Thursday, March 25th at her residence. She was born November 26, 1958, in Pittsburgh. Celeste was the daughter of the late William E. Sr. and Vera Warden Snyder. She was a retired education assistant... View Obituary & Service Information

The family of Celeste L. Bacon created this Life Tributes page to make it easy to share your memories.

Send flowers to the Bacon family.