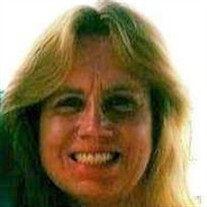 Catherine J. ‘Sassy’ Altman Tamburo, 54, of Center Twp. passed away Monday, December 16, 2019. She was born September 16, 1965, in Rochester, the daughter of the late Joan T. Swager Altman and Leland F. Altman of Center Twp. She was a machine operator with Impact Guard Company in Leetsdale and was a member of the Monaca American Legion. She is survived by her husband, Michael A. Tamburo; one son, James S. Majetic of Butler; two daughters, Cassandra R. Majetic of New Brighton and Chelsea N. Majetic and her fiancé, Ryan J. Houk of Beaver Falls; four grandchildren, Xavier Moxley, Quintin Kelosky, Oliana Rae Heinberger and Atticus Reed Mazur and other grandkids; three sisters and two brothers-in-law, Joanie T. and Paul Loveday, Salem Ohio, Marion E. Altman of Ohioville and Jamie L. and Dave Holdeman, Scottsdale, Arizona; a niece, Summer Altman and a nephew, Christopher Altman In addition to her mother, she was preceded in death by her brother, Thomas Altman Her wishes were to be cremated. Friends are invited to visit with the family on Sunday, December 22, 2019, from 2 to 4 p.m. in the WILLIAM MURPHY FUNERAL HOME INC., 349 Adams St., Rochester.

The family of Catherine J. Tamburo created this Life Tributes page to make it easy to share your memories.

Send flowers to the Tamburo family.