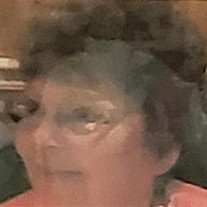 Cathy Primo Kinlock, 72, formerly of Rochester Twp. passed away Friday, September 27, 2019, in the Good Samaritan Hospice, Beaver. Born May 27, 1947, in Rochester, the daughter of the late Anthony and Clara Heyman Primo. She was a retired bank... View Obituary & Service Information

The family of Catherine P. Kinlock created this Life Tributes page to make it easy to share your memories.

Send flowers to the Kinlock family.