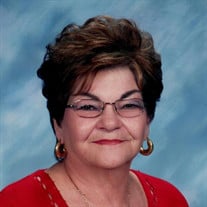 Carmella E. Matsook, 85 of Rochester, passed away Wednesday, June 10, 2020, in Heritage Valley Beaver. She was born on August 2, 1934, in Conway, the daughter of Domenic and Theresa Curcio Crapis. She was a retired employee of Westinghouse in Vanport. She was a member of St Cecilia Roman Catholic Church, Rochester, where she was a member of the Christian Mothers. She was also a member of Monaca PNA, loved playing bingo and cards and was an avid bowler. She was a sports fan especially supporting the Rochester Rams and cheering for the Steelers. More than anything, she loved her family, her children, grandchildren and great grandchildren. Surviving are her daughter, Donna J. Matsook of Rochester; three sons and two daughters-in-law, Dan Matsook, Ed PhD and his wife, Jeannie of Rochester, Dennis J. Matsook of Shenango Twp. and Gene A. and Bernadette Matsook of Rochester: six grandchildren, Ryan and his wife, Kelly, Justin and his wife, Maggie, Brandon and his wife, Christina, Danielle Pisano and her husband, Dan, Patrick and his wife, Rachel and Nicholas and his wife, Kayla; fourteen great grandchildren; a brother-in-law, Ed Lyons of Monaca; a sister-in-law, Sandy Crapis and numerous nieces and nephews. She was preceded in death by her former husband, Eugene ‘Sonny’ Matsook; daughter-in-law, Kay Matsook, three brothers, Lenny, Rich and Louis ‘Tubby’ Crapis and four sisters, Josephine Ecomovic, Rose Johns, Dorothy Zito and Dolores Lyons. Friends will be received on Sunday, June 14, 2020, from 2 to 4 and 6 to 8 p.m. at WILLIAM MURPHY FUNERAL HOME INC., 349 Adams St., Rochester. A Mass of Christian burial will be held on Monday at 10 a.m. in St Cecilia Roman Catholic Church in Rochester. Interment will be in St. Cecilia Cemetery. Christian wake service will be held Sunday in the funeral home. The family wishes memorial contributions be made to a charity of choice.

Carmella E. Matsook, 85 of Rochester, passed away Wednesday, June 10, 2020, in Heritage Valley Beaver. She was born on August 2, 1934, in Conway, the daughter of Domenic and Theresa Curcio Crapis. She was a retired employee of Westinghouse in... View Obituary & Service Information

The family of Carmella E. Matsook created this Life Tributes page to make it easy to share your memories.

Send flowers to the Matsook family.