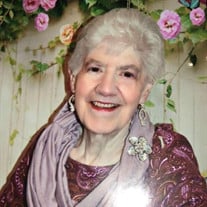 Bonnie L. Schuller, 79, of Blair Personal Care Center, North Sewickley Twp., formerly of New Sewickley Twp., passed away June 20, 2021 at Heritage Valley, Sewickley. Born November 29, 1941, in Harrisburg, she was the daughter of the late Louis Holsinger and the late Helen A. Pokraich DeVincentis. She was a housewife, a personal nanny, and a member of the former Conway United Presbyterian Church, where she had been a choir member. She was preceded in death by her husband, Frederick M. “Mark” Schuller in 2017. She was also preceded in death by one brother, Kenneth Smith. She is survived by two daughters and one son in law, Debra J. Schuller, Boardman, Ohio, and her companion, Michael Pagley, Hubbard, Ohio and Christine M. and John N. Petrocelli Sr., New Sewickley Twp.; five grandchildren, Amanda Salamone, Patterson Twp.; Breana Petrocelli, and John N. Petrocelli Jr., both of New Sewickley Twp., and Amber N. and Jacob A. Salem, all of Boardman Ohio; two great-granddaughters, Arianna and Ellyonna Lemley, both of Patterson Twp. and their father, Cody Lemley, also surviving is an aunt, Barbara Savage, Hershey, PA. Friends will be received Thursday, June 24, 2021 from 3-7 pm in the WILLIAM MURPHY FUNERAL HOME INC., 349 Adams St., Rochester, where a service will be held Friday at 11 am. Rev. Lee Bittner of the 1st Presbyterian Church, Rochester will officiate. Interment will follow in Oak Grove Cemetery, Freedom.

The family of Bonnie L. Schuller created this Life Tributes page to make it easy to share your memories.

Send flowers to the Schuller family.