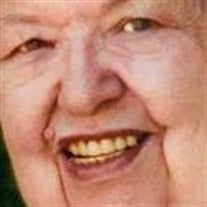 Blanche L. Baughman Shafer, 93, of Rochester Twp., passed away peacefully on Thursday, March 9, 2017, in Heritage Valley Beaver, surrounded by her sons, Tom and Dave, and her niece, Jody. Born February 21, 1924, in Rochester, a daughter of the late Edward H. and Josephine Walker Baughman, she was a member of the Grace Evangelical Lutheran Church, Rochester, where she formerly taught Sunday school. She was a 1942 graduate of Rochester High School and received her BS degree in Education from Geneva College. Blanche enjoyed growing flowers in her backyard garden and loved her house plants. She also loved her several pet dogs. Blanche lived in Rochester her entire life and taught Social Studies in the Rochester School District for 38 years, teaching several generations of the same family. She had been involved in various organizations including bridge clubs and the Children's Aid Society. She was preceded in death by her husband, Thomas A. Shafer, in 2014, who was the love of her life and whom she married in 1948 after Tom had returned from service in the Army Air Corps in the European Theater. Surviving are two sons and daughters-in-law, David and Debra (Bale) Shafer, Dallas, Texas, and Thomas E. and Bonnie Shafer, Chapel Hill, N.C.; three grandchildren, Sarah Dornan and her husband Carl, Laura Moran and her husband Jonathan, all of Chapel Hill, N.C., and T.J. Shafer, Phoenix, Ariz.; four great-grandchildren, Rhys, Owen, Cailin and Quinn; a beloved niece, Jody Gulish, Butler County, and several other nieces and nephews. She was also preceded in death by a brother, Edward H. Baughman; a sister, Kathy Mengel, and a brother-in-law, Ted Mengel. Friends will be received Monday from 3 to 7 p.m. in the WILLIAM MURPHY FUNERAL HOME INC., 349 Adams St., Rochester, where a service will be held Monday at 7:30 p.m. Her pastor, Rev. Gregory S. Clagg, will officiate. Interment will follow in Sylvania Hills Memorial Park. The family wishes memorial contributions be made, if desired, to the Beaver County Humane Society, 3394 Brodhead Road, Aliquippa, PA 15001.

Blanche L. Baughman Shafer, 93, of Rochester Twp., passed away peacefully on Thursday, March 9, 2017, in Heritage Valley Beaver, surrounded by her sons, Tom and Dave, and her niece, Jody. Born February 21, 1924, in Rochester, a daughter of... View Obituary & Service Information

The family of Blanche L. Baughman Shafer created this Life Tributes page to make it easy to share your memories.