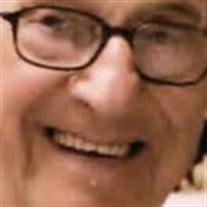 Alvidio A. Marsilio, 91, known to us all as "Doc," passed away Friday, May 27, 2016, in the Beaver Valley Nursing & Rehabilitation Center, with his family by his side. He was born in Coraopolis, on Oct. 1, 1924, to the late Anthony and Anna Colangelo Marsilio, of Bugnara, Italy. On Nov. 8, 1945, he married his beloved wife, the former Dorothy Mae Frischkorn, and the two spent many wonderful years together until her passing in March of 1985. In addition, he was preceded in death by a loving daughter, Lois Ann Marsilio; his sisters, Clara Paparazzo and her husband, Felix; Helen Manzella and her husband, Joseph and his brothers, Albert Marsilio, Henry Marsilio and his wife, Louise and Valentine Marsilio and his wife, Marge. "Doc" was a devout member of St. Cecilia Roman Catholic Parish, Rochester. He was a former employee of Arco Chemical Co. and was president of the Arco Retirees Club. He was a lifetime member, trustee, treasurer and oldest member of the Rochester Eagles and was also a member of the Monaca Sportsmen's Club. "Doc" was an avid sports fan and in his younger years, he enjoyed playing softball and bowling. In later years, he proudly watched his son and grandson's sporting events throughout their high school and college careers. There was no greater Steeler, Pirate, Penguin or Pitt fan, but his true joy was being with family and working in his garden growing the best tomatoes around. He is survived by a son, Thomas Marsilio and his wife, Robin, Chippewa Township; grandsons, Matthew and Cortney Marsilio, Chad and Jodie Marsilio, Jared and Ashley Marsilio and Michael Leahy, and his most precious great-grandchildren, Alannah, Lauren, Hunter, and Sawyer Marsilio, Sydney Leahy and step-great-grandchildren, Sophia and Lilly. In his heart, he cherished the blessing of baby Cecilia, who will soon continue the circle of life in our family. Also, surviving are his brother, Joseph Marsilio and his wife, Millie, Neville Island, and many loving nieces and nephews. Friends will be received Tuesday from 2 to 4 and 6 to 8 p.m. in the WILLIAM MURPHY FUNERAL HOME INC., 349 Adams St., Rochester. A Christian wake service will be held Tuesday at 3 p.m. in the funeral home. A Mass of Christian burial will be held Wednesday at 11 a.m. in St. Cecilia Roman Catholic Church, Rochester Township. Interment will follow in Sylvania Hills Memorial Park. The family respectfully requests that donations be made to St. Cecilia Church, 628 Virginia Ave., Rochester, PA 15074. We would like to extend our sincere love and appreciation to his faithful friends and neighbors who watched over dad. Their support and compassion always brought a smile to his face. In his final months, the care and comfort shown to him from the staff of the Beaver Valley Nursing & Rehabilitation Center will never be forgotten.

Alvidio A. Marsilio, 91, known to us all as "Doc," passed away Friday, May 27, 2016, in the Beaver Valley Nursing & Rehabilitation Center, with his family by his side. He was born in Coraopolis, on Oct. 1, 1924, to the late Anthony and Anna... View Obituary & Service Information

The family of Alvidio A. "Doc" Marsilio created this Life Tributes page to make it easy to share your memories.

Send flowers to the Marsilio family.