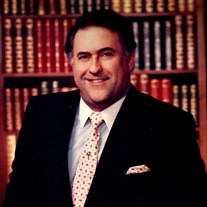 Dr. Albert A. DeDominicis, Jr., 78, of Conway, passed away September 5, 2021 at Heritage Valley, Beaver. Born August 23, 1943 in Freedom, he was the son of the late Albert Sr. and Vera Golletti DeDominicis. He graduated from Freedom High School in 1961 and attended the University of Notre Dame on a full football scholarship. He graduated from the University of Western Michigan in Kalamazoo, Michigan in 1966 with a degree in Physical Education. From there he received his Masters of Education from the University of Pittsburgh as well as a Principal’s Certificate. He continued his studies at University of Pittsburgh achieving his Doctorate in Education in 1989. He was a Teacher and Administrator at the Freedom High School for 38 years. He is survived by his wife of 55 years, Anna Marie Angotti DeDominicis, his children, Dr. Albert A. DeDominicis III PhD, and his wife, Michelle Terreri DeDominicis, his daughter, Gia Cristina and her husband, Charles Hrelec III, and his most beloved grandchildren, Charles Steven IV and Carina Cecile Hrelec. He is also survived by his sister, Debra A. DeDominicis, Freedom. He was a member of Our Lady of Peace Roman Catholic Church, Conway and a former member of St. Felix R.C. Church, a member of the Western Michigan University Alumni Association and a lifetime member of the University of Pittsburgh Alumni Association. Friends will received Tuesday, September 7, 2021 from 3-7 PM at THE WILLIAM MURPHY FUNERAL HOME, INC. 349 Adams Street, Rochester. A Mass of Christian Burial will be held Wednesday, September 8, 2021 at 10 AM in St. Felix RC Church, Freedom. Interment will be in Calvary Cemetery. Memorial contribution can be made to the Pittsburgh Autism, 711 Bingham St. Pittsburgh, PA 15203, in honor of his grandson, Charlie.

Dr. Albert A. DeDominicis, Jr., 78, of Conway, passed away September 5, 2021 at Heritage Valley, Beaver. Born August 23, 1943 in Freedom, he was the son of the late Albert Sr. and Vera Golletti DeDominicis. He graduated from Freedom High School... View Obituary & Service Information

The family of Dr. Albert A. DeDominicis Jr. created this Life Tributes page to make it easy to share your memories.

Send flowers to the DeDominicis family.